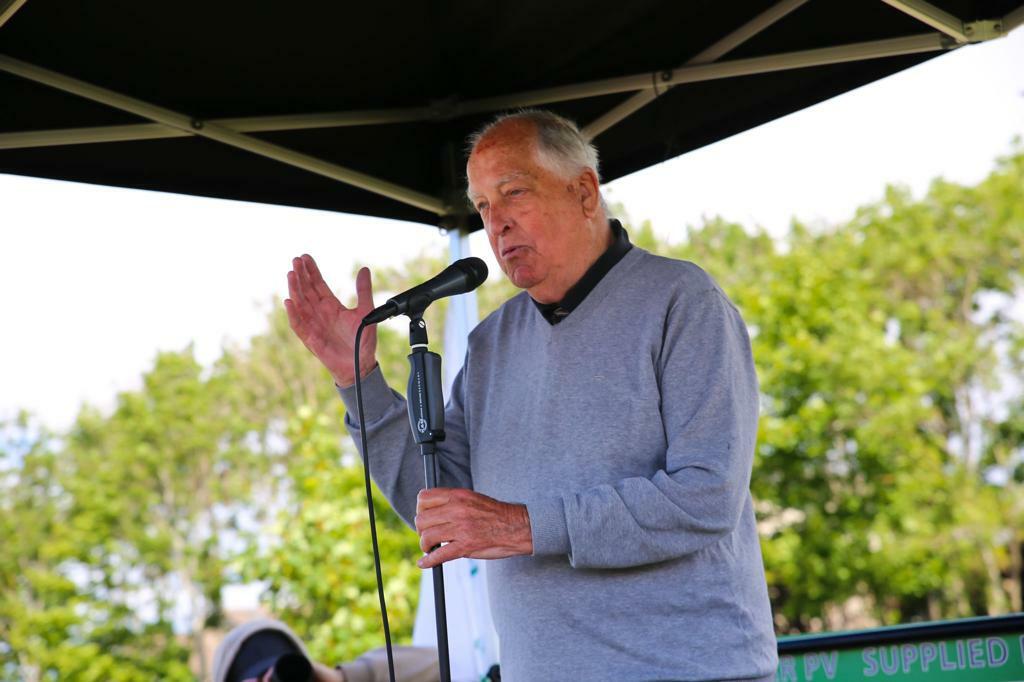 Our club was profoundly saddened to learn of the death of our Club President Paul Smith, on Tuesday last.

We wish to pass our most heartfelt condolences to Mr. Smith’s daughter Mary Louise and son’s Paul, David and Stephen.

Our club has lost its founding member, longest serving Chairman, Club President and most importantly, its father figure.

Mr. Smith was the driving force with his close friends, that started Broadford Rovers FC on the levelled off dumping ground from the newly built Broadford estate, gathering groups of kids and parents to handpick the rocks from the soil in what is now Broadford Park playing pitches. As our clubs first Chairman and then President, he oversaw the growth of the club from one team in 1978 with one set of jerseys and two footballs, to the club it is today, with 38 teams and over 550 players from academy to men’s senior team.

But, he was more than just the man who started Broadford Rovers FC . He was a great leader, a great organiser, a great fundraiser, a great influence, a great story teller and above all else a great friend to so many existing club members and to the hundreds of past club members who are still with us and some who have passed. We all held Mr. Smith in such high esteem and had the utmost respect for the man and his character.

Mr. Smith, as our Club President played an active role in our club right up to his illness and was present at our most recent AGM in August 2022. Mr. Smith was also present at our family fun day and Mini World Cup finals day in July, where he brought the day to a close with a wonderful speech about how proud he was of our club and how it has succeeded and grown over the years.

Mr. Smith, we hope you knew how proud and thankful we as a club are of you and what you created.

As a mark of respect, all Broadford Rovers FC teams will have a minutes applause before the games this weekend.

Wearing of Shin Guards is compulsory

**Message to all coaches, parents and players**Please not...

Feeling cold?? Get yourself a Umbro BRFC bobble to keep y...

Feeling the cold?? We have the items for you, our new Umb...

Hi AllHappy new yearPlease have a look at some of the ite...

Great win for our senior team

Our Under 11 Saturday teams played some wonder football t...

Photos - BRFC 7 a side Blitz

Get live information for Club on the ClubZap App